Legitimization and Diffusion of the Blockchain Technology 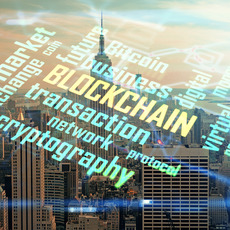 The Blockchain Technology might be an enabler of new business practices and could supersede the central mediator to create a real decentral Sharing Economy. However, the use of the Blockchain technology in real-life sharing organizations is currently rather scarce. Besides the technical complexity, its origin in a highly controversial domain as a means to organize criminal activities or as speculation objects might be a reason for its slow diffusion.

New technologies play a major role in the rise of new economies. The latest example might be the establishment of internet technologies which in turn gave rise to the platform economy. The platform economy currently follows a central logic which can be summed up as “The winner takes it all” leading to market forces favoring few, huge and central platforms – often at the brink of forming a monopoly. As such the current platform economy has some problematic properties and dynamics for society.

Within the sharing economy – a sub-sector of the platform economy – there are some efforts to overcome the logics of centralization and to create a more decentralized platform economy. One kind of these efforts involves the use of a new technology, which is based around the Blockchain. The Blockchain Technology enables the creation of decentralized services, which might be used as a new backbone of business and sharing opportunities. Such decentralized services might make the role of a central platform organization superfluous.